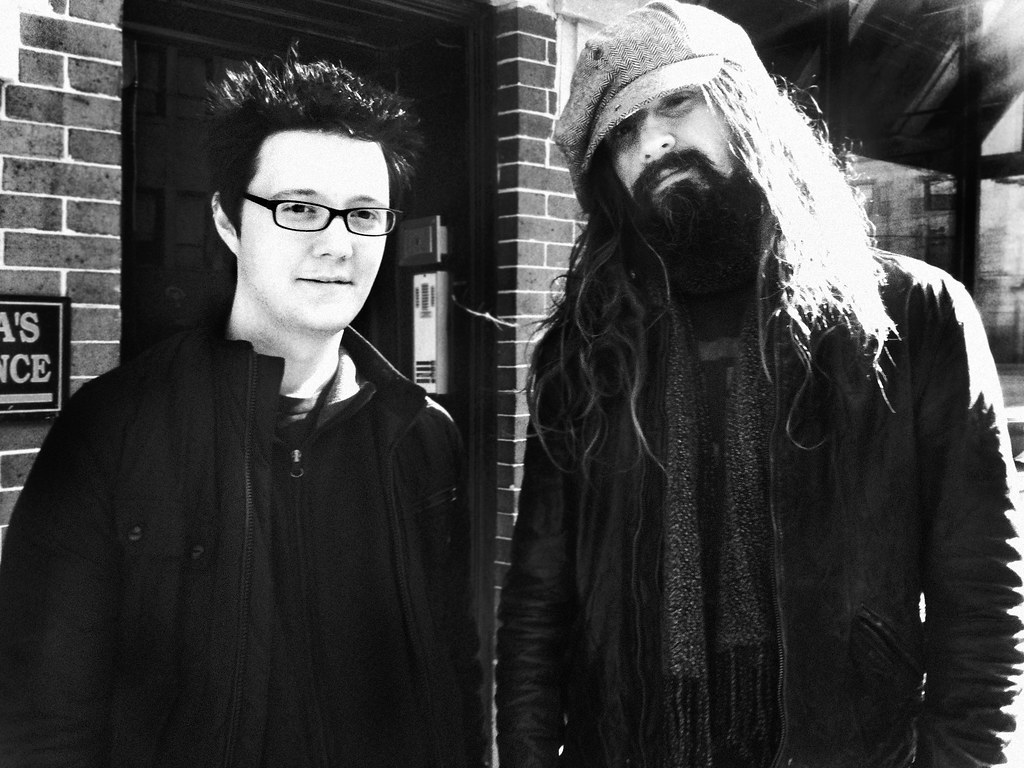 Click for a larger view. Photo taken on an iPhone 3GS. Silly filters in Aperture & Photoshop. High resolution version of the original on Flickr.

UPDATE: Info and photos from the 2009 March!

The date for Chicago’s 2009 Zombie March has finally been set! It’s going to be June 13th at Millennium Park. Last year it went on for a few hours and ended at the ABC News station where the zombies were put on live TV. I went with Laura last year and we had a blast. The zombies were a little hard to find at first, but if you wander around Millennium Park at about 2 or 2:30 there’s no way you can miss them. There were a few hundred last year, and will probably be even more this year.

I’m going to be doing photography again this year. My shots from last year got picked up in a bunch of places (including Wired magazine) and I’ll be publishing this years stuff under creative commons free usage again. I’m considering video too, but I’m not sure. If you want to see my photos from the last year’s zombie march they’re up on Flickr.

You can join the Facebook event Chicago Zombie March 2009 for more info. Let me know if you’re going! I’ll see you there.